The tarot de Marseille card: The Wheel of Fortune 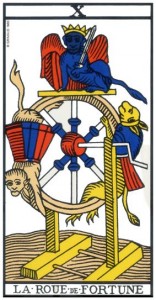 The Wheel of Fortune is the tenth card in the tarot de Marseille.

Hidden Symbols of the Wheel of Fortune card

The Wheel of Fortune card inspired by the vision described in the bookEzekiel : “Four wheels of fire and strange animals gathered in groups of four”.
The wheel symbol was very common in medieval iconography. It represented the universal cyclical rhythms, the alternation of day and night, the phases of the Moon, the movement of the planets, etc …

Wheel was also used as instrument of torture to extort confessions from the days of old.

The winged and crowned monkey and the other two figures (the first descendant and the second ascendant) represent the rise and fall.

Red, blue, green and yellow are the symbols of Fire, Air, Earth and Water. 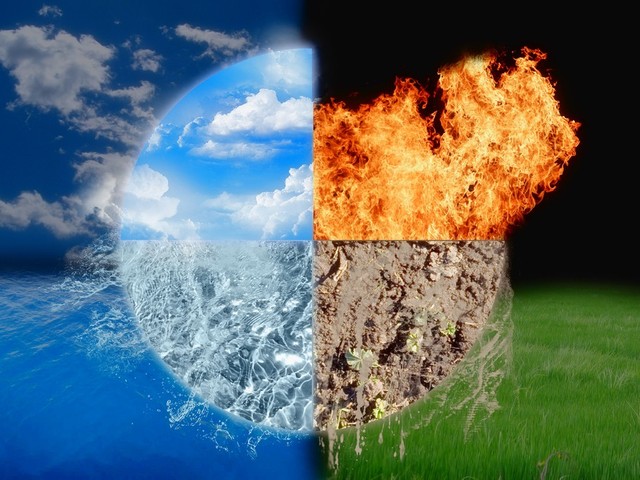 The Wheel of Fortune corresponds:

* At 10.
* With the Hebrew letter yod.
* At the sefira Malcut, the world, the reign, the will, the realization.
* At 10, which is, in astrology, the tenth house and therefore the middle of the sky.
* At Karma.

Day of the week : Saturday. 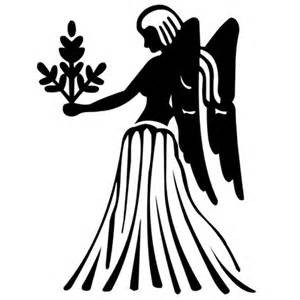 Card deadlines can be a few days or four months, or even a year. 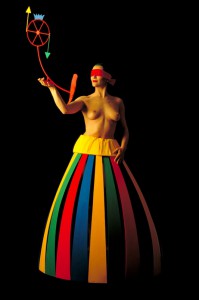