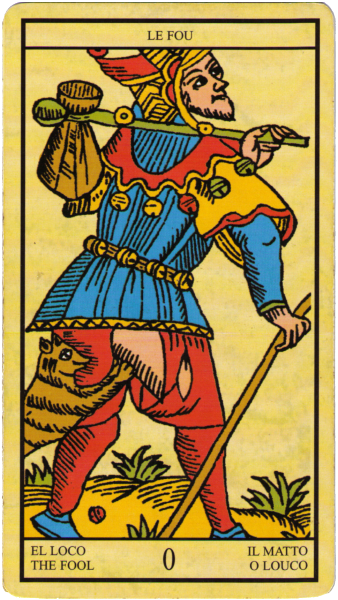 The Fool is one of major arcana. It does not have a number, so it can be considered as first or last.

Hidden Symbols of the Fool’s card

The fool obeys his irrational impulses.

His multicolored coat is supplemented by a bell beret : this is the headgear of the buffoons at the court.

His backpack is filled with inconsistent treasures on his shoulder.

A savage animal representing lucidity and remorse, bites him and pushes him towards the inevitable. The Madman has obviously given up on matter and ambition in view of an exclusively interior evolution. He is carefree in the face of danger and pain.

Message from the Fool card

The Fool makes the consultant understand that it is necessary to have a lot of common sense in order not to go out of the way of reason. The Madman deviates there too much because he always wishes to approach what is too big: the infinite.

Day of the week : Tuesday.

The effect of the card is very short: only one week. 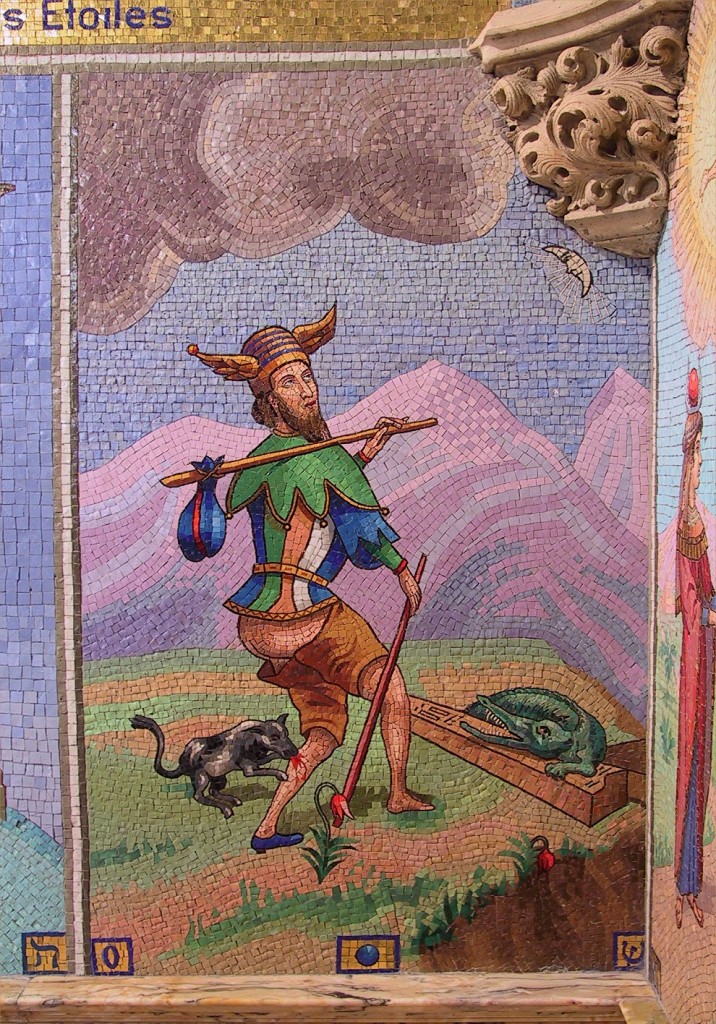