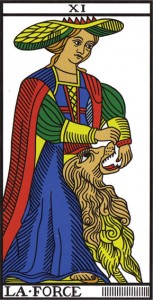 Strength is the eleventh card of the Tarot de Marseille.

Lion is tamed by the Force, which holds it by the teeth. The Force shows us that by subtly using the force of the Lion, which is basically destructive and devouring, we obtain a precious instrument of evolution when it is tamed and controlled.

The image of a committed woman in an effortless fight with the Lion recalls the myth of Cyrene, nymph kidnapped by Apollo and transported to Libya. She fights alone the Lion and wins.
The fact that the Force holds the teeth of the Lion in its hands refers to Samson holding the teeth of a beast.

Hat, in the shape of an eight, reminds of the symbol of infinity. (Let’s remember the Bateleur’s hat, also forming an eight). The infinity symbol alludes to the predominance of mind over matter. 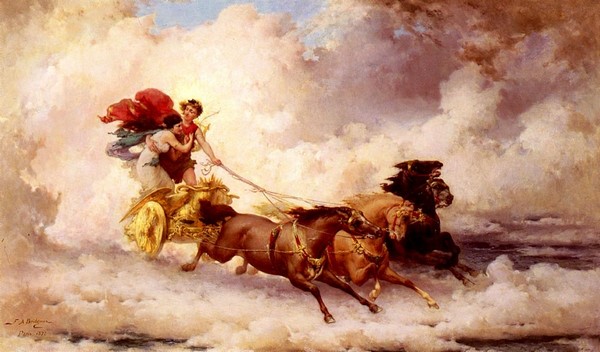 Day of the week : Sunday.

The effect of the card is quick: one week maximum.